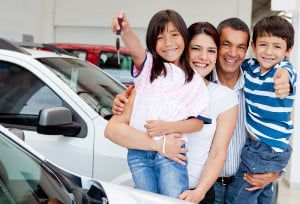 Keeping the streets safe from the dangers of drunk drivers is an ongoing process. Laws restricting the amount of alcohol a person can drink before being considered legally intoxicated have been streamlined in the U.S., including a “zero tolerance” policy for underage drinkers. Every state has penalties for drunk driving, including car breathalyzer or ignition interlock requirements, in addition to court costs, fines, potential substance abuse treatment programs, jail time and more. However, out of all of those, only one consequence relies on 100 percent reliable technology: ignition interlock devices.

As more states report their success with ignition interlock devices, the evidence shows it is easier to take away a person’s ability to drive if they’ve been drinking, than to restrict driving entirely. A person with a suspended or revoked license can still drive illegally, and they could do so while intoxicated. With an ignition interlock device, that same person is unable to operate a vehicle if alcohol is detected in their breath. The difference in the two situations could be the difference between a fatal drunk driving accident and a would-be drunk driver finding a better, safer way home, by an estimated 80 percent.

Despite arguments about a reduction in personal freedom or the administrative costs that are incurred with establishing and monitoring ignition interlock programs, the reported successes are saving money… and they are most importantly saving lives. If each state continues to streamline its ignition interlock requirements, the entire country could see a drastic reduction in drunk driving arrests, convictions and fatalities. Having a national limit for intoxication is a great example of how working together can create safer roads for us all, and for anyone who has ever been a victim of a drunk driver’s choice to drive, footing the bill for more ignition interlock devices is well worth the frustration, with a much better outcome than in decades past.

Women, DUI and Child Endangerment in Florida
Next Post: Owls and Open Containers in Florida