You are here: Home / Resources / Women, DUI and Child Endangerment in Florida
April 1, 2015 by Editorial Staff 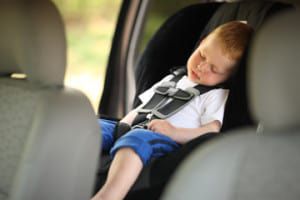 In days past, it was mostly men who were convicted of DUI or other drunk driving charges. Today, however, we are seeing an increase in the number of women who are facing the same ignition interlock requirements, court costs and jail time for driving under the influence of alcohol. Some experts believe the statistics are changing because more women are coping with stress by drinking. Others look at the marketing of “skinny” alcoholic drinks as the cause. Regardless of the reason for the upswing of women who are drinking and driving, there’s a secondary element to this problem: DUI child endangerment.

Florida has had its fair share of DUI headlines recently, with the involvement of women and their children standing out above most other cases. DUI child endangerment in Florida will cause an offender to face higher fines, a longer ignition interlock requirement and time in prison in some instances. A parent with DUI child endangerment charges may also be investigated for their actions by child service agencies. Plenty of women are primary caregivers of children, tasked with driving them from place to place, and when those tasks are mixed with alcohol, the result can be tragic.

Making the choice to drink and drive can seem harmless; after all, you’re only risking a DUI charge and conviction. But, the reality is that the DUI penalties in Florida and across the country are there to dissuade you from that mistake. When you add children into that decision, you’re making a choice for you and for those who don’t have a voice in their own safety, and the results of that choice can be devastating to the most innocent of passengers. Instead of taking either risk, the best move you can make is to set an example for all kids and always remain sober when driving.