When a Virginia DUI is a Federal Issue

You are here: Home / Laws / When a Virginia DUI is a Federal Issue
April 19, 2016 by Editorial Staff 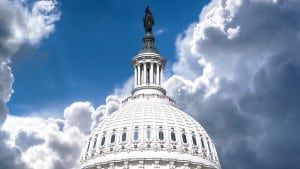 Drunk driving is dangerous, and in Virginia, you will quickly pay the price when you are caught. Virginia DUI law follows the national per se .08 percent blood alcohol concentration (BAC) limit. At that limit, you will face court costs and fines and go through the Virginia Alcohol and Safety Action Program (VASAP) plus have a car breathalyzer (ignition interlock) requirement, even if it is your first drunk driving conviction.

That’s a lot to take in, but there’s more. Around 10 percent of the land in Virginia is federally-owned. These federal lands are in the state parks, battlefields and military installations and have different laws that are enforced with federal penalties, like DUI. If you think the penalties for a Virginia DUI are tough, federal DUI crimes are treated much more harshly. You’re looking at higher fines and more restrictions on your license, to start. Plus, if you’re part of the military, you’ll have plenty of extra attention placed on you by your commanding officer.

If you are a civilian who resides in Virginia and you have a federal DUI, the Commonwealth can actually oversee your conviction instead of the federal government. This would mean that you’d be under the watchful eye of VASAP and would have an ignition interlock requirement in accordance with Virginia guidelines. In exchange, you’d be allowed to drive your own vehicle again instead of waiting out the license suspension that comes with your federal conviction.

Of course, your best way to stay out of trouble and avoid a Virginia DUI or a federal drunk driving charge is to remain sober when you’re driving. The consequences may change, depending on where you are caught driving under the influence. But the risk to you, your passengers and others on the road is the same no matter who owns the road you’re driving on.