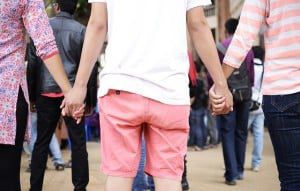 Even if you have never had a drink in your life, you could be a victim of a drunk driving crash. Your friends, family or loved ones could be injured or killed by a drunk driver. With one-third of all vehicle collisions attributed to alcohol intoxication, those numbers aren’t in anyone’s favor. So, why is there such a debate over all-offender ignition interlock laws, like with California’s SB 1046? Because not everyone understands why ignition interlock devices are so effective against drunk drivers.

The main functions of the device include:

That data not only shows whether the driver has attempted to drive after drinking, but any attempts to circumvent or tamper with the device. Additionally, the data can also show if the DUI offender has not been driving that vehicle at all, possibly hinting that they are driving another vehicle without an interlock. Without an interlock, they could be illegally driving another vehicle while under the influence of alcohol… again.

On the other hand, an ignition interlock device allows a DUI offender to resume life as normal, performing activities such as driving back and forth to work or picking kids up from school. That means a better outcome for an offender after a California DUI plus safer roads for the rest of us. That also means the devices aren’t just about keeping a driver sober; they are a short- and long-term benefit to the driver and the entire community.

So while California debates SB 1046, we eagerly await the expansion of the all-offender ignition interlock program from just four counties to the entire state. You can make a difference, too, just by contacting your California state senator and voicing your support for SB 1046!

When a Virginia DUI is a Federal Issue
Next Post: What If Your Ignition Interlock is Stolen?