Oklahoma’s Getting a New DUI Database

You are here: Home / News / Oklahoma’s Getting a New DUI Database
April 5, 2016 by Editorial Staff 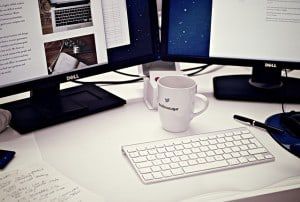 You could say that Oklahoma is pretty tough on DUI drivers, especially when you look at its car breathalyzer or ignition interlock policy. Like many states, Oklahoma only requires the devices for a first-offense DUI with a blood alcohol concentration (BAC) of .15 percent or higher. But all second or subsequent offenses should lead to an interlock requirement, creating a much safer situation for all drivers on the road.

Unfortunately, that hasn’t exactly been the case. Oklahoma’s drunk driving laws are tough, but that doesn’t mean they’re easy to enforce, especially when the state hasn’t been sharing information about convictions very well. For example, take DUI cases: it isn’t easy to pin a second or third DUI on an offender, and thus require an ignition interlock device, if there are no court records stating previous convictions.

Of course, that’s all changing.

With the recent passage of HB 3146, the entire state could soon be adding a DUI database of offender information, essentially “spreading the word” about convicted drunk drivers. This is a big change, especially for the more rural areas of the state where technology may be lacking and there can be more leniency on offenders to begin with. In those areas or jurisdictions without a court of record, the DUI charge will go to the district attorney and district court. From there, a conviction would remain in the statewide database, eliminating the chance of overlooking an offender’s prior convictions… and upholding more ignition interlock requirements at the same time.

Being tough on drunk drivers doesn’t mean a lot when you cannot enforce those tough laws in the first place. As of March 16, the Oklahoma senate has referred their version of this bill (SB 58) to the judiciary committee and we now await the results of that. Until then, we can all rest a little easier knowing that Oklahoma may soon have a full DUI database of information that will keep the streets safe wherever we may roam.