Virtual Reality DUI: The Gift of a Sober Holiday?

You are here: Home / News / Virtual Reality DUI: The Gift of a Sober Holiday?
December 2, 2016 by Editorial Staff 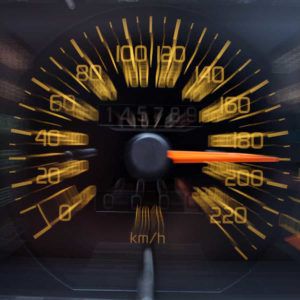 Technology may be the biggest advancement in drunk driving prevention ever. If we look at the impact of car breathalyzers (ignition interlock devices) on keeping our streets safe, we’re in a much better world today. Interlocks aside, we’re already seeing a benefit to virtual reality technology, especially where drunk driving prevention is concerned. As the holidays approach, maybe it isn’t too far-fetched to appreciate just how effective a virtual reality DUI could be in keeping our families and loved ones safe.

A virtual reality DUI can have more impact than any education or awareness campaign.

On top of that, a company that is famous for distilled spirits is the reason these high-tech beer googles are even being produced. Diageo, an alcohol distributor of brands such as Johnnie Walker, is stepping up efforts to reduce drunk drivers on the roads, a problem that all alcoholic beverage manufacturers should take seriously. They’re doing it through a new virtual reality experience they have produced. Called “Decisions,” it presents to viewers wearing Oculus Rift headgear the experience of being in an alcohol-fueled car crash.

Imagine how effectively a virtual reality DUI simulation could replicate:

All of that could lead to powerful lessons that even an ignition interlock device could never touch. Both through the prevention of a first incident, and the realistic experience of being in a situation that is beyond one’s intoxicated control.

Virtual reality still isn’t reality, and that technology doesn’t take away the fact that thousands of people are injured or killed in drunk driving accidents each year. Considering the reduction in incidents by those using ignition interlock devices, we can only see the benefit of technology before a person can even get behind the wheel. The best gift we can give is one of safety, and the promise to never drink and drive. If that means we have to learn what happens when we’re not safe through virtual “beer goggles,” then we’re ready to jump on board and start saving lives through building better gadgets.