Watch Out for that Fourth Wisconsin OWI!

You are here: Home / News / Watch Out for that Fourth Wisconsin OWI!
January 5, 2017 by Editorial Staff 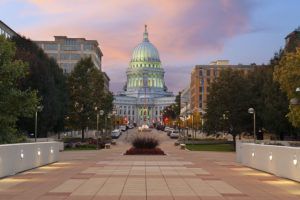 Wisconsin still has a long way to go in OWI prevention efforts, but perhaps the state has finally begun to get the message about its laws and consequences for drunk driving. MADD recently released its annual rating of the state’s OWI efforts, showing areas of improvement to prevent or reduce Wisconsin OWI offenses and among those is ignition interlock expansion. While the issue of ignition interlock devices didn’t make it through the legislation in 2016, at least the state now has a felony OWI law to make a would-be drunk driver think twice.

Considering most first-offense Wisconsin OWI convictions result in just a traffic citation, this new felony OWI law is a major step for the state. MADD’s report also says that sobriety checkpoints would be effective, on top of making a first-offense OWI a misdemeanor and expanding ignition interlock access to all drunk driving offenders.

During the last legislative session, Wisconsin did begin to consider strengthening its OWI laws and ignition interlock requirements, but the bills stalled. Perhaps this year, and with the help of the MADD report, the state will consider expanding ignition interlock access to all offenders… not just those with a felony.

Realistically, a fourth drunk driving conviction alludes to a deeper problem with alcohol than a first offense OWI. But when there are tough consequences from the first offense, many people think twice about how much they’ve had to drink and can make better choices. If those tough consequences aren’t in place, then it doesn’t seem like such a big deal to keep on driving under the influence and putting lives in danger.

Colorado Has High BAC DUI Problems
Next Post: What Dry January Does for You