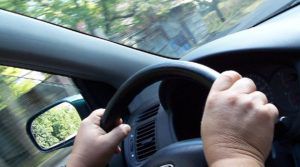 A recent anti-DUI campaign showed men staring at themselves in the mirror, practically begging their reflections to see how intoxicated they were, so they would not drive. That moment of truth is important, whether to contact a designated driver service or get ready for a DUI conviction.

Though the use of ignition interlock devices (IIDs) will most likely decrease the number of drunk drivers, the risk still exists. That’s why we strongly stand behind designated driver services, like Fresno’s We Be Sober. Their mission is to simply promote responsible drinking while simultaneously reducing the number of DUI and DUI related accidents by providing a designated driver service to their community.

California will soon have an expanded ignition interlock device (IID) requirement across the state. This means that drunk drivers will find themselves in more trouble for risky driving than ever before. First offense California DUI drivers will be required to install an IID for a minimum of six months if the offense involves an injury. If an injury does not occur, the driver has the option for six months with an IID or one year with a restricted license that only allows driving to work, alongside a treatment program.

For subsequent California DUI offenses, the use of IIDs are required for longer periods of time before subjecting the offender to the more common punishments. These include, but are not limited to:

With inexpensive rates, availability seven days a week, and a promise to get you, your friends and your car home, can you really afford not to take advantage of such a great opportunity? A designated driver service like We Be Sober in Fresno, California is the absolute best way to make sure there’s no DUI or ignition interlock in your future.