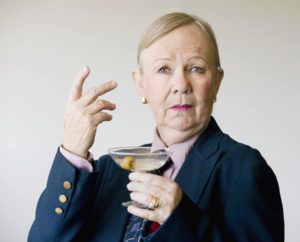 Aside from some crazy Florida antics, it isn’t often that we get to see how alcohol affects people outside of the DUI news. Fortunately, the election AND Wisconsin have given us insight into just how much politics and PBR don’t mix… or peanut butter, for that matter. We get it; we’re tempted to just let loose this election cycle, too. But someone has to draw the line (and only a line) at using food in an intoxicated rage to get one’s political point across, no matter how drunk they are

A woman’s blood alcohol concentration (BAC) was .218 percent when she decided to “rock her vote” against a presidential candidate by defacing cars at a political rally with peanut butter. Fortunately, that’s the only connection she had with vehicles at such a high BAC. To put it another way, at .218 percent BAC, a person is clearly unable to drive safely (the legal DUI limit is .08 BAC) and they may even have problems walking or sitting up straight.

Also, Wisconsin may not pay much attention to a low BAC driving charge, but if the woman had been driving, with a .218 percent BAC, she would have been criminally charged with a DUI. After that, she likely had a long road to getting back on her feet, including a car breathalyzer (ignition interlock) requirement. We cannot stress enough that a person who is intoxicated enough to deface vehicles with peanut butter is not fit to drive. If this seems like a good idea to you, we encourage you to call a taxi for a safe ride home.

We cannot wait for the election to be over. Go vote on Tuesday and leave the alcohol for celebrating the end of the current political circus (just celebrate safely). Once all is said and done, we can get back to the politics that really matter; those that continue to prevent intoxicated people from making strange (and many times, dangerous) DUI decisions after throwing back a few too many Combovers, Pantsuits or Fireballs.

We Be Sober: Fresno Designated Driver Services
Next Post: Who Else Can Use my Illinois BAIID?