A Better Way to Avoid a Florida DUI

You are here: Home / News / A Better Way to Avoid a Florida DUI
November 2, 2016 by Editorial Staff 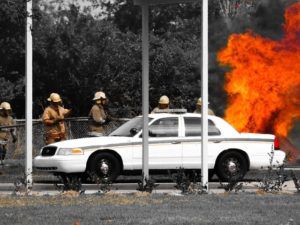 Hit-and-runs are infuriating. Not only did someone get hurt, but the perpetrator ran away without taking responsibility. To many this action is incomprehensible, but if someone has experience drinking and driving they might understand.

Drinking impairs your ability to make decisions. Most people who hit-and-run do so as a knee-jerk reaction to avoid a DUI or to ensure that they’re not caught driving illegally. Florida Highway Patrol (FHP) has labeled the amount of hit-and-runs across the state an epidemic. The FHP aims to ensure the safety and welfare of millions of Floridians every day by keeping the highways safe. In Orange County, FL the number of hit-and-runs have already doubled the amount of incidents that occurred last year, a local ABC news channel reported.

Leaving the scene of a Florida DUI or another traffic incident is a crime.

For leaving the scene of a crime in Florida, an individual could face a minimum of four years in prison – or potentially up to thirty years. That’s on top of any other charges, like a DUI or even vehicular manslaughter. A person who has already been through the Florida DUI process may be more likely to try to evade another criminal conviction, too.

A convicted offender can avoid another Florida DUI by using an ignition interlock device (IID). An IID is a breathalyzer test used to measure your blood alcohol concentration (BAC), or your level of intoxication, The interlock device is connected to your car’s ignition, so your car actually won’t start if your BAC is too high, and it is a consequence for some first-offense Florida DUI convictions, and all subsequent incidents. An IID cannot stop a first-time drunk driving or hit-and-run offender, but it can be effective as a prevention tool for a Florida DUI.

You can report a hit-and-run if you happen to witness one by calling 911 and remembering as many details as possible, including the car’s license plate.

Colorado BAC App: If I Had Only Known
Next Post: We Be Sober: Fresno Designated Driver Services