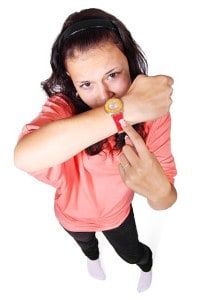 When you’re faced with a car breathalyzer or ignition interlock requirement after a West Virginia DUI, you’ll surely want to know how long you’ll have to “blow to go” and remain compliant. Since West Virginia requires ignition interlock devices for all drunk driving offenses (if you are eligible through the State’s Alcohol Test and Lock Program (ATLP)), there are various minimum times to keep in mind for each offense and aggravating circumstance.

DUI with .08 – .14 blood alcohol concentration (BAC): you will be required to use an interlock for at least four months. At .15 BAC or higher, you’re looking at nine months with the device, and any subsequent convictions will require at least a year of committed, sober driving.

If you refuse a BAC test, you have a mandatory 12-month ignition interlock requirement.

Underage DUI convictions require an interlock for at least six months, or if you have a child passenger when arrested for a DUI, you’ll have at least 10 months with the device. With bodily injury, you add another year to your requirement, or two years if the DUI was fatal.

Even if you weren’t driving, but loaned your car to someone who was intoxicated, YOU will have an ignition interlock requirement of at least four months. Keep your friends close and your car keys closer!

In short, there’s really no way around an ignition interlock requirement after you’ve been arrested and/or convicted for a DUI in West Virginia. Adding in the costs of the DUI itself through the court, DMV and substance abuse programs, the best way to stay out of trouble is to… stay out of trouble. Call a taxi or designate a sober driver for the night. Have drinks at your place and let your friends crash for the night. The risk you avoid and the frustration of a long-term relationship with an ignition interlock are well worth the extra effort.

What If I Forget About My Car Breathalyzer?
Next Post: Florida’s Ignition Interlock Employer Exemption