West Virginia Wants You to Drive after a DUI

You are here: Home / Laws / West Virginia Wants You to Drive after a DUI
June 1, 2015 by Editorial Staff 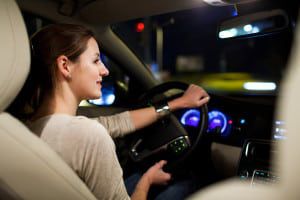 Allowing a convicted drunk driver the chance to make another mistake behind the wheel may seem counterintuitive, but, there is definitely method to the madness. West Virginia is one of many states that sees a benefit to just that – allowing a person who was convicted of a DUI to keep driving… with a little help from a car breathalyzer or ignition interlock device.

If you are charged with a DUI in West Virginia, you have the opportunity to install an ignition interlock before your administrative hearing in order to avoid having your license revoked completely. Your DUI can only be attributed to alcohol to qualify for a restricted license and interlock; any drugs will eliminate your eligibility and your license will be suspended or revoked. You also are required to enroll in the Alcohol Test and Lock Program for your ignition interlock and then the Safety and Treatment Program within the following 60 days of getting the device.

Getting your license back after a DUI means you’re also getting your life back, in a sense. Without the ability to drive, you could lose your job or your family could be without transportation for important appointments. Driving is vital in most people’s lives, and even if you made a bad call and drove under the influence of alcohol, West Virginia understands that it is better for you to continue to live a productive and mobile life than to compromise your job or cause undue stress and frustration for your family.

West Virginia wants you to drive after a DUI, as long as you are sober. With an ignition interlock, you get to keep your priorities together while ensuring the state and others on the road that you’re not repeating risky behaviors. That’s not a bad tradeoff, especially when you’re facing a loss of personal freedom and the aftermath of a DUI.

What’s a Breath Alcohol Ignition Interlock Device?
Next Post: The Secret to Driving in California after Multiple DUIs