You are here: Home / Laws / What Now? Your First Offense California DUI
July 18, 2017 by Editorial Staff 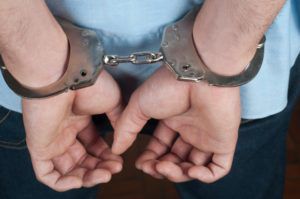 California has always been a state that kept the safety of residents in mind. It traditionally has set the bar high for other states to follow. California has had a four county, all-offender ignition interlock program for years, and will now expand that access to all California DUI offenders in 2018. That means that anyone who gets a DUI will also be able to access ignition interlock devices if they intend to drive.

Vehicle Code 23152 (a): “(a) It is unlawful for a person who is under the influence of any alcoholic beverage to drive a vehicle.”

That’s not the only consequence that is faced by California DUI offenders. Even a first-time conviction carries a pretty heavy load of consequences, including:

Vehicle Code 23152 (b) It is unlawful for a person who has 0.08 percent or more, by weight, of alcohol in his or her blood to drive a vehicle.

Blood alcohol concentration, or BAC, is the measurement that is used to draw the line where alcohol intoxication is concerned. However, in many cases your BAC doesn’t have to even meet the legal per se limit of .08 percent. If you are driving dangerously and only have a trace BAC, you could still face the same charges as if you were legally drunk.

The consequences for a first offense California DUI are fairly lenient, considering the danger that is presented on the roads. However, there are plenty of reasons to keep you from drinking and driving, beyond legal troubles and an ignition interlock requirement. The law is there to protect you and others on the road, so why take a chance on your freedom when it is just as easy to find a safe ride home.

What to Expect From Your First Arizona DUI
Next Post: Colorado DUI: Is This Your First Offense?