What Your Maryland Ignition Interlock Says About You

You are here: Home / General Information / What Your Maryland Ignition Interlock Says About You
December 7, 2016 by Editorial Staff 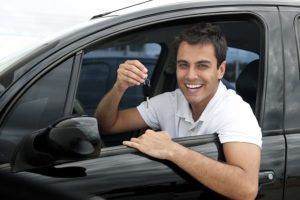 If you have a DUI you might also have an ignition interlock device. Once you’ve gotten the hang of how the device works, you already know how to perform the startup and rolling retests. You also know the importance of your routine service appointment for calibration, maintenance, and data transmission. That’s where new questions may start: what data does your Maryland ignition interlock device collect, above and beyond your blood alcohol concentration (BAC)?

Any violations of your Maryland ignition interlock device will result in further consequences.

Obviously, the data about your BAC is used to prove your sobriety behind the wheel. If you fail those tests, you’re in for increased penalties or more time in the program. Any evidence that the device was tampered with, bypassed or circumvented could have similar consequences, too. The number of starts and stops and the mileage driven is all recorded in order to prove that you are actually driving your own vehicle and blowing into the device, rather than driving someone else’s vehicle without an interlock installed.

The data from a Maryland ignition interlock device is collected to show your dedication to personal DUI prevention. In exchange, you are given your freedom to continue driving as you did before your conviction. If you have an interlock, each BAC test is just as important as remembering to have your device serviced periodically, allowing your clean record and devotion to sober driving speak for itself.