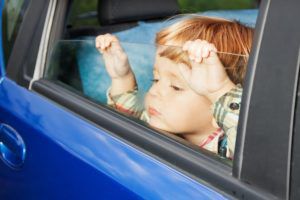 Illinois has long been on top of its DUI laws, but that great reputation has room for improvement, as far as MADD is concerned. Each year the organization compiles a report on each state’s efforts in reducing drunk driving on the roads. Normally it uses a five-star system, but this year MADD changed to a new system that includes half-stars, and with that came new insight into the next steps needed to improve Illinois DUI law.

Contrary to popular belief, the Illinois DUI rank didn’t decline. The new rating system gives MADD the ability to roadmap future improvements for the state. Specifically, Illinois needs to address its DUI child endangerment law in order to get back its five-star rank. That one issue reduced a perfect rating, but it brings up a very important point:  DUI child endangerment is a felony in other states and Illinois can take the safety of its most vulnerable residents a lot more seriously.

To obtain a MADD five-star rank, each state should implement the following:

While there is always room for improvement, Illinois still stands as a state that is serious about eliminating drunk driving. The option to install interlocks and the misdemeanor categorization of its DUI child endangerment laws are two ways to get back that five-star rank. Above that, those two actions could make a big difference in keeping all residents and visitors safe from harm.

Just a Normal Florida DUI Story
Next Post: What Your Maryland Ignition Interlock Says About You