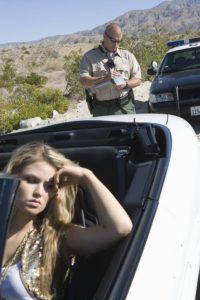 New Mexico has often been referred to as a flagship state for both ignition interlock laws and the expandsion of those programs for all drunk driving offenders. Several other states have cited the success NM has experienced as evidence to support their own legislative changes. We think New Mexico has done a fine job in getting all of those laws in place and with collecting data that proves the worth of those laws. Still, even with all of the work from all of those advocates, legislators, and even the state’s Governor, New Mexico continues to have a big DWI problem.

Governor Martinez has been tireless in her fight against New Mexico DWI incidents. This month, she released a list of new DWI penalties to help law enforcement keep the streets safe. These proposals include:

An ignition interlock device can only prevent drunk driving when it is being used as ordered by the court. By increasing the full spectrum of DWI consequences, the state has an even better shot at getting those drunk drivers into interlock and other programs that can keep them from another drunk driving incident.

The next steps will come from introducing legislation and advocating for the more restrictive penalties. With the success the state has already seen through its interlock program, it seems that streamlining the process to get offenders into interlock-equipped vehicles is the next step. Once the law reflect the serious nature of a New Mexico DWI, the state can continue to serve as an example for all others to follow.

Fewer Nebraska DUI and Road Fatalities in 2016
Next Post: Why Do I Need a Certified Oklahoma Ignition Interlock Service Provider?