What’s the BAC Failure Limit on an Ignition Interlock?

You are here: Home / General Information / What’s the BAC Failure Limit on an Ignition Interlock?
June 14, 2016 by Editorial Staff 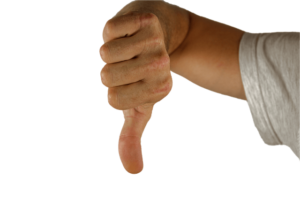 With your DUI troubles starting to fade away, you only have a car breathalyzer (ignition interlock) requirement standing between you and that road to recovery. As time goes by, it’s pretty normal to get even more comfortable with your device, and the reason you have that interlock to begin with. That level of comfort doesn’t mean you can test the limits, though, especially the blood alcohol concentration (BAC) failure limit of your device. Considering all that you’ve been through to even get the device so you could keep driving, you have every reason to steer clear of the ignition interlock failure limit.

The failure limit for BAC on your ignition interlock device will vary, depending on the state that convicted you for a DUI. In Texas, the failure limit is .03 percent, while Virginia has a limit of .02 percent. Considering the legal limit for intoxication across the U.S. is .08 percent, it is pretty clear that testing your ignition interlock failure limit doesn’t take much alcohol. Plus, the consequences will make that small bit of alcohol you drank really not worth the effort.

Instead of testing your ignition interlock failure limit, you have every ability to make up for the mistake that got you into DUI trouble in the first place. If you will be drinking, even one drink, you can show you’ve learned from your bad judgment and just find a safe ride home. Not only will you not risk further consequences with a failed BAC test, but you’ll be proving to yourself, your friends and even the court that you are serious about never driving under the influence again. You have an ignition interlock to keep you from starting your vehicle if you’ve been drinking, but the real change comes from your own decision to forever be a responsible driver.