You are here: Home / General Information / Who Else Can Use my Illinois BAIID? 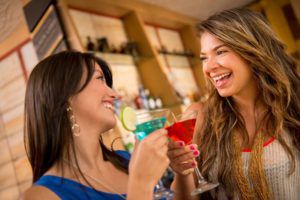 An Illinois BAIID (breath alcohol ignition interlock device) is a typical consequence for a DUI, allowing an offender to continue life almost as if the conviction never occurred. This device has the ability to read a driver’s BAC (blood alcohol concentration) from a breath sample before the allowing the vehicle to be started. This means if the BAC is higher than a predetermined limit, the vehicle will not start.

That requirement also means that anyone else driving your vehicle also needs to use the device:

The BAIID will also require random samples throughout the duration of the drive, ensuring the person driving is staying sober. Note that any breath sample that registers above the pre-set alcohol limit during a rolling retest will not shut off the vehicle prematurely. The driver will be prompted to re-test and submit a clean sample. If the driver cannot, the lights will flash and the horn will sound, prompting the driver to pull over and stop.

Remember that all Illinois BAIID usage data is sent to the Secretary of State’s office for monitoring.

All BAC readings are attached to your name and all violations will be considered your responsibility. If a violation is recorded through your BAIID, a letter will be sent from the Secretary of State’s office requesting an explanation. If the demands of an explanation are not met, the restriction requiring your device could be extended for a minimum of three additional months. Alternatively, the MDDP (Monitoring Device Driving Permit)  could be canceled and further consequences such as vehicle impoundment or a jail sentence could be in your future.