Will I Need an Ignition Interlock for My California CDL DUI?

You are here: Home / General Information / Will I Need an Ignition Interlock for My California CDL DUI?
June 1, 2016 by Editorial Staff 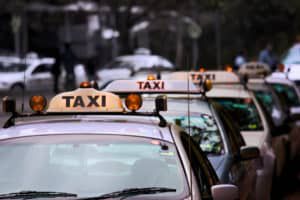 If you rely on your California commercial driver’s license (CDL) to help you earn a paycheck, you are under a different set of rules than a regular driver. Your CDL permits you to transport people or items around the state (and even across state lines), which is a huge responsibility itself. That’s also the reason why you’re under a lot more pressure to remain sober when driving. In fact, when you’re on duty, you cannot even come close to the per se limit for DUI (.08 percent BAC) – at .04 percent, you can and will be charged with a California DUI, and face extra consequences for that mistake.

That’s also when things can get tricky. California doesn’t have an all-offender ignition interlock requirement throughout the state, just in the four counties that are designated for its pilot program.  So if you are found guilty of a DUI in those counties while driving and on duty for your CDL job, you may face a suspension of your license and an ignition interlock requirement. According to California law, you may still drive your employer’s vehicles without an interlock, as long as they are informed of your DUI and give you permission to drive (once your license suspension has ended). You’ll still have to install and maintain the device on your personal vehicle, in order to remain compliant with the pilot program or any ruling that was handed down by a judge.

Outside of those counties, you will be required to follow the guidelines for a CDL license suspension, and any court directives regarding an interlock installation.

When you’re responsible for transporting people or products, you can’t be too safe on the roads. That means your sobriety is even more important on a personal level, especially if you rely on that CDL to earn a paycheck. If you drive under the influence, you’re not only endangering people on the roads, any potential passengers you have, but also your own livelihood if something bad happens.

Smile for the Camera! Virginia’s New IID Guidelines
Next Post: How Many Times Can You Fail an Ignition Interlock Test?