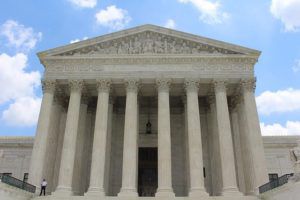 The U.S. Supreme Court recently issued a split ruling on several drunk driving cases. The ruling says that law enforcement can legally require a mandatory blood alcohol concentration (BAC) breathalyzer for suspected drunk drivers without warrant. The court also ruled that while officers can require a breath test and each state can still arrest those who do not submit to a breathalyzer test, they still cannot require a blood test prior to the arrest. So if you’re arrested for a Texas DWI, there’s not much that will change. At least, not yet.

This ruling and a recent change to the ignition interlock requirement for Texas DWI offenders could signal other changes to the laws.

Texas DWI law now gives all offenders the option to install and maintain an ignition interlock in exchange for restoring their driving privileges. This change puts Texas with the majority of states that have all-offender ignition interlock requirements. It also means that the state is looking at its current drunk driving consequences and could even be willing to join the majority of states that have penalties for refusing BAC testing.

Since there are no implied consent laws in Texas that trigger automatic penalties for drunk driving, it is common for suspects to wait out the BAC testing. Technically, the law says you have to submit to the testing, there just aren’t any penalties if you refuse (except that you will likely be arrested). After an arrest, Texas law says your arresting officer can choose your BAC test – breath or blood. SCOTUS disagrees, putting Texas back on the road to updating its DWI laws.

MADD recommends both all-offender ignition interlock laws as well as implied consent penalties for suspected drunk drivers, putting an emphasis on our need to plan ahead if we know we’ll be drinking. The SCOTUS ruling may be just what is needed to get Texas to fully embrace DWI laws that keep the streets safe from drunk drivers.

Set Aside: Florida DUI Diversion Programs
Next Post: Who Pays for a Car Breathalyzer?