A New Wisconsin Drunk Driving Solution: Walking Under the Influence?

You are here: Home / News / A New Wisconsin Drunk Driving Solution: Walking Under the Influence?
July 4, 2017 by Editorial Staff 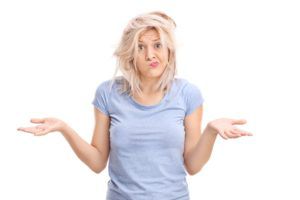 Wisconsin is not usually known for being too tough on drunk drivers. The state is known, however, for lax OWI laws and essentially turning the other cheek when someone is intoxicated behind the wheel. For two years in a row, Wisconsin drunk driving prevention has taken a backseat to other laws, in particular, the state’s ignition interlock expansion plans. While that “dead” bill is disappointing, we can at least find a little comfort in one other soft touch given to a Wisconsin drunk driving suspect.

A Wisconsin drunk driver was recently given a hall pass for their expired parking meter. The driver left a note on their vehicle that proclaimed a smart choice to walk home after a night of drinking, rather than risking a drunk driving conviction. Of course, the driver would not have been in any trouble for walking under the influence. The state doesn’t even penalize people for bicycling under the influence (BUI). By issuing a warning about the parking meter, law enforcement sends a strong message that part of the job is understanding the shades of gray that can occur on the streets each day. As long as the driver wasn’t trying to operate the vehicle, no harm… no harm, no foul. Case closed.

We can all learn a lot from this story, even if we don’t live in Wisconsin. A person who had too much to drink decided to leave their vehicle parked in a spot where the meter was going to run out. There was no debate about how much more convenient it would be to just drive home at the end of the night, avoiding having to pick up their car the next day. Wisconsin drunk driving may be a big concern across the state, but between the driver in the story and the law enforcement officer who stood behind their decision, maybe the state can use its soft stance on drunk driving to an advantage.

Alcohol Advisory: Bad Ways to Celebrate the Fourth of July
Next Post: Florida DUI No Refusal, No… Really.