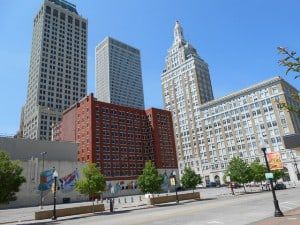 Oklahoma doesn’t play around when it comes to drinking and driving. The laws in the state, even for a first-offense DUI, are strict. With a .15 percent blood alcohol concentration (BAC), for example, a first-time DUI offender can expect:

A first-time offender with a BAC of .08 – .14 percent can also opt for an ignition interlock device, rather than serve out the six-month license revocation, or a judge can order the device at his or her discretion.

So, while Oklahoma has a decent handle on drunk driving laws, Tulsa is going above and beyond and claiming the highest DUI rate: a whopping 20 percent higher than the rest of the state! What gives, Tulsa?

It isn’t exactly Tulsa’s fault. In the last few years, Oklahoma has been underwhelming in all of its DUI successes. That’s not to say that there haven’t been plenty of arrests and even drunk driving convictions, but there isn’t a lot of enforcement of the laws due to spending cutbacks and other administrative issues in the state. For example, NerdWallet puts Tulsa at #4 in the country for DUI fatalities, citing lower insurance hikes for DUI offenders (a 42.34% increase in comparison to insurance hikes in Raleigh, NC at 156.72%) and maybe a lax attitude about drinking and driving overall.

In other words, not only does Tulsa need to get a lot more serious about drinking and driving, but the entire state does, too. When the laws already restrict a DUI offender from making another mistake, it becomes more of a challenge to law enforcement and even bar buddies to ensure safety on the roads.  Having the most of something can be pretty great bragging rights, but when those things are DUIs, there’s nothing worth bragging about.

Could Swabbing Be the New DUI Breathalyzer in California?
Next Post: Will Virginia Expunge Your DUI Conviction?