You are here: Home / News / DUI and other Extreme Binge Drinking Dangers
May 31, 2017 by Editorial Staff 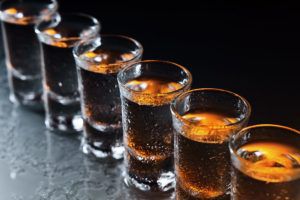 Binge drinking isn’t a big shock anymore. As adults, we either have participated in binge drinking at one point, have seen it in a movie or on TV, or we know someone who knows how to quickly get their buzz on. The normalization of this extreme drinking doesn’t make it an okay habit, and in fact, that normalization may have increased the competitive factor of binge drinking… to extreme binge drinking.

Binge drinking is defined as:

To make matters worse, one of the biggest dangers with any kind of binge drinking is that we still can only metabolize alcohol so fast. The effects of binge drinking aren’t immediate, they still take a little time to really get moving. So by the time a person is halfway home after tossing back eight shots in two hours, the full scope of alcohol hits, and they’re suddenly aware they are driving and should not be anywhere near a vehicle. Awareness of the problem doesn’t prevent a DUI, ignition interlock, or tragic ending to the night.

All of the best advice in the world makes no difference if there’s not a plan in place before we go out drinking for the night. Whether you have a limit of drinks, you love to binge drink or go to extremes, when any amount of alcohol is involved, please plan for a safe ride home.