Should Florida Go All the Way with Ignition Interlock Devices?

You are here: Home / Laws / Should Florida Go All the Way with Ignition Interlock Devices?
March 2, 2016 by Editorial Staff 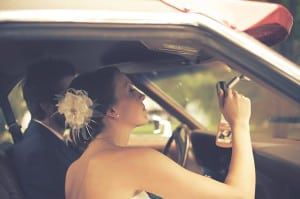 Some obvious solutions exist to the problem of drunk driving. But, not all of those solutions benefit other drivers on the roads, victims of drunk drivers or even the DUI offender. There is one solution, however, that continues to prove its merit in the fight against drunk driving: ignition interlock devices. And two Florida legislators have proposed laws, currently named SB 1244 and HB 555, which would require all drunken driving offenders to install an ignition interlock device in their vehicle after conviction for six months. It’s a great idea, one that should be adopted immediately.

Florida currently has an ignition interlock requirement for most DUI offenders, just not those with a lower blood alcohol concentration (BAC) limit. A first-offense DUI at .08 BAC will, however, cause a license revocation of at least 180 days. If a DUI program is completed, that offender could be eligible for a restricted driver’s license – a license to get back on the streets without even needing an ignition interlock device.

On the other hand, a first offense DUI with a BAC of .15 percent or higher means that once the offender is eligible, they can resume driving but only with an ignition interlock device. If the devices work well enough for those with high BAC, they’re perfectly reliable solutions for a lower BAC level DUI, too.

DUI consequences like “whiskey plates,” 24/7 sobriety programs, DUI education programs and orders that restrict the purchase of alcohol are beneficial to a point. However, none of those actually prevent an intoxicated person from getting behind the wheel. Only an ignition interlock device does that. And for that reason, more and more states are enacting laws that require all DUI offenders – including first offenders – to install the device. Florida could be one of those states, proving its legislators’ commitment to reducing DUI numbers while adding in the benefit of a device that continues to teach lessons, long after the requirement has ended.

If you live in Florida and value safe roads, contact your legislators and tell them that SB 1244 and HB 555 are winners. They need to hear from you.

Are Ridesharing Services Headed to West Virginia?
Next Post: That’s Harsh: Penalties for Tampering with a Car Breathalyzer