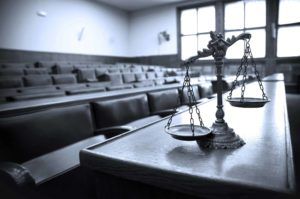 Oklahoma has been running full steam ahead in the fight against drunk driving. Last year the state implemented the IDEA act, streamlining the process of accurately counting the number of Oklahoma DUI convictions an offender has. While the state has since had a few growing pains, that may all pay off in 2017, especially if Oklahoma DUI laws may soon mean ignition interlock devices for all offenders.

Senate Bill 643 was recently introduced by Senator Kim David, with the support of MADD. The bill would require ignition interlock devices for all Oklahoma DUI offenders, including first-timers. Currently, Oklahoma DUI laws only require the devices for first-time offenders with a blood alcohol concentration (BAC) of .15 percent or higher, or offenders with more than one conviction. SB 643 would also allow first-time offenders who participate in the impaired driver accountability program to resume driving within ten days after undergoing an evaluation (with an ignition interlock). Upon completion of the program and six months with the interlock, the first-offense Oklahoma DUI would be expunged from the offender’s criminal record.

Ignition interlock devices allow drunk driving offenders to maintain their independence, leading to a better post-conviction outcome in many cases.

If SB 643 passes and becomes law, Oklahoma will join the majority of states that currently have all-offender ignition interlock requirements. Research shows that interlocks reduce rates of fatal drunk driving by 7 percent, not to mention the injuries and property damage prevented through their use. The state has already shown commitment to eliminating drunk driving on the roads, and enacting stricter ignition interlock laws just continues the hard work that began when IDEA was enacted.

Previous Post: « What Powdered Alcohol Could Do for Wisconsin OWI Laws
Next Post: Can You Hear Us Now? DUI Deaths Rose 14 Percent Last Year