What Powdered Alcohol Could Do for Wisconsin OWI Laws

You are here: Home / News / What Powdered Alcohol Could Do for Wisconsin OWI Laws
March 7, 2017 by Editorial Staff 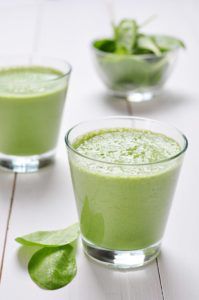 Powdered alcohol may seem like a dream come true for those of us who enjoy a nice round of cocktails at the end of a long hike. For others, like those who could be tricked into ingesting alcohol or overwhelmed by an extra kick of powder in our sidecar, the product may need to be shelved indefinitely. Many states see problems with powdered alcohol, banning it even before it is officially on sale. But because Wisconsin OWI laws aren’t terribly strict, along with the state’s alcohol laws in general,  lawmakers have decided not to ban powdered alcohol. Instead, they’ll regulate it before it even hits shelves.

The reason? They say powdered alcohol will make it to Wisconsin, no matter what.

That may or may not be true, but it might also be that the state is lenient when it comes to alcohol in any form. Wisconsin OWI laws are proof of the lackadaisical lawmakers’ opinions, perhaps juiced up by alcohol lobbyists or numbed by the state’s beer culture. For instance, many first-time Wisconsin OWI offenses are treated as nothing more than traffic citations. In states like Virginia, in comparison, a first-time DUI requires extensive restitution as well as a mandatory ignition interlock requirement.

Wisconsin may not want to deal with banning powdered alcohol, but it seems the more restrictive the state is against any alcohol or alcohol-related crimes, the fewer lives can be endangered on the roads. Plus, alcohol is a factor is other crimes, including larceny, all types of assault and property damage. However, Wisconsin OWI laws could use a little relief from yet another contributing factor to the state’s dangerous roads. By refusing to sell the product, the state can use those regulatory resources to expand ignition interlock access and even step up Wisconsin OWI laws to include all first-time offenses.