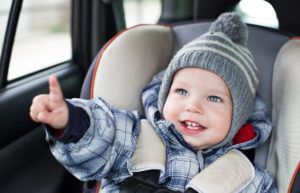 Iowa ignition interlock devices aren’t mandatory for all OWI convictions… but there is one reason they should be: people are dying. A recent OWI offender did the unthinkable: he pled guilty to drinking and driving, and four days later, was out on the roads again and driving while intoxicated. That time his actions took the life of another. How can a convicted drunk driver be back behind the wheel so soon after a court conviction? By ignoring the judge and driving illegally on a suspended license.

Keeping the streets safe from drunk drivers is more than taking away their chance to drink alcohol. Iowa expanded its 24/7 sobriety program that monitors drunk driving offenders for alcohol use by requiring twice daily breath samples. The missing piece in that is that an offender could still be driving because there is nothing preventing them from getting behind the wheel. A suspended or revoked license is a punishment for drunk driving, but the consequences are only felt if caught… and that is a risk many convicted drunk drivers are willing to take.

On the other hand, preventing further drunk driving incidents is exactly what an Iowa ignition interlock device is supposed to do. Those same breath samples are used to determine the level of intoxication of a driver. If the blood alcohol concentration (BAC) in the sample is above a pre-set limit, then the vehicle will not start. If the vehicle cannot be driven, there are no further OWI dangers. Because of the reliability of the devices, many states have expanded access to ignition interlocks, have made them mandatory for all drunk driving offenses, or even offered them as a way to get around any type of license suspension.

Iowa, however, continues to ignore the effectiveness of ignition interlock devices.

Let your Iowa state legislators know where you stand on expanding Iowa ignition interlock access today. Our safety and the wellbeing of our families and loved ones is at stake.