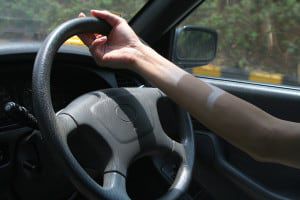 Mothers Against Drunk Driving (MADD) has long reported that a driver’s license suspension alone is not enough to keep drunk drivers off the road, as three out of four convicted drunk drivers continue to drive on a suspended license. A recent Colorado study confirms that license suspension is not a suitable punishment for DUI offenders, at least in Colorado.

After analyzing court records of 45,637 DUIs issued in Colorado from April 2012 through April 2014, Rocky Mountain PBS I-News and 9News found that one out of every four, or 10,978, drivers charged with drunk driving during that time period was driving without a valid license at the time of arrest. At least one-fifth, or 2,294, of those drivers didn’t have a license because of a previous DUI offense.

The study shows that license suspension alone is not enough to keep drunk drivers from reoffending and putting other road users in harm’s way. A big part of the problem is that cars are so necessary to everyday life, whether it’s driving to work or picking kids up from school, according to Fran Lanzer, executive director of Colorado MADD.

Car breathalyzers, however, allow DUI offenders to drive legally without harming other drivers so that they can continue going to school or work and get any treatment they might need. On top of that, car breathalyzers reduce rearrest rates and save lives. The Centers for Disease Control and Prevention (CDC) reports that car breathalyzers, or ignition interlocks, reduce rearrest rates by 67%. More importantly, interlocks have reduced drunk driving fatalities by at least 30% in states that require all convicted drunk drivers to install the device, according to MADD.

Lanzer and Weld County District Attorney Ken Buck hope that Colorado’s own new interlock law, which went into effect in January 2014, will both reduce drunk driving and prevent DUI offenders from driving on a suspended license. Under the new law, first-time DUI offenders can receive a limited license after just 30 days of their license suspension period if they install an interlock. Before, DUI offenders had to wait a year before they could install the device.

Previous Post: « What Are Physical Control Laws?
Next Post: 9 Reasons Why Being a Designated Driver is Unbelievably Cool