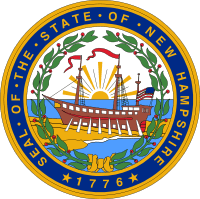 A House bill (HB 496) making its way through the legislature would expand ignition interlock use in New Hampshire by allowing first-time DUI offenders to install an interlock. By installing the device, offenders would be able to maintain limited driving privileges so that they can travel to and from work and get the rehabilitation and medical treatment they need.

New Hampshire’s current ignition interlock law requires first-time offenders with a blood alcohol content (BAC) of 0.16 or higher, all repeat DUI offenders, and any offender convicted of aggravated DUI to install the device. First-time DUI offenders with a BAC below 0.16 are not required to install the device and cannot petition for interlock installation with a limited license.

HB 496 would allow first-time DUI offenders to install an interlock and obtain a limited license. However, offenders would have to pay a $50 application fee and petition a judge for approval. Once approved, offenders must install the device at their own expense before they are allowed to drive.

According to Fosters.com, Mothers Against Drunk Driving (MADD) supports the bill. Speaking on behalf of MADD, Frank Harris, the organization’s state legislative affairs manager, said that allowing first-time offenders to install an interlock allows offenders to remain productive citizens and teaches them to drive sober while keeping the public safe. According to MADD, a driver’s license suspension alone is not enough to keep drunk drivers off the road, as 3 out of 4 convicted DUI offenders with a suspended license continue to drive.

Bill sponsor Rep. Steve Shurtleff thinks the bill will see minor amendments before hitting the Senate floor, but after a positive hearing before the Senate Judiciary Committee earlier this month, he is hopeful that the bill will pass.