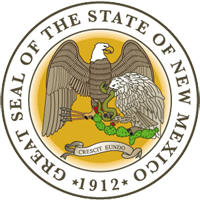 A House bill that would have closed some of the loopholes in New Mexico’s drunk driving laws was unexpectedly tabled by the House Transportation and Public Works committee last week, diminishing its prospects for this year. The bill was tabled just hours before its sponsors were to be recognized as 2013 Legislative Champions by Mothers Against Drunk Driving (MADD).

Despite having some of the toughest drunk driving laws in the state, including an all-offender ignition interlock law, New Mexico’s DWI laws have a few loopholes. Unanimously supported by both Democrats and Republicans in the House and carefully examined by various parties, the proposed legislation would have closed one of those loopholes by requiring breathalyzers for drunk driving offenders sentenced to house arrest. This would provide a cost-effective way to prevent DWI offenders from avoiding interlock installation by saying they don’t have a car.

Other components of the tabled bill include:

Increasing the requirements for interlock removal would increase the chances that the offender has actually learned to not drink and drive. The bill would also help identify which offenders need treatment by allowing an organization to keep track of data collected by interlock companies, such as how many times a driver tries to start his or her car while drunk.

Those who oppose the law feel that the breathalyzer requirement would put a burden on the fund that pays the cost of interlock installation for offenders who can’t afford it, as the fund would probably be used in the same way for home breathalyzers. They also feel that tougher repeat offender consequences would increase the number of prison inmates and the cost of incarcerating them.

Others are concerned that the bill doesn’t address treatment, something they feel is needed more than enhanced consequences for DWI offenders. Richard agrees that such a bill is needed and plans on pursuing one this year or in 2015. However, she believes that closing loopholes in New Mexico’s current DWI laws is more urgent because it could help decrease drunk driving-related injuries and fatalities.