You are here: Home / News / North Dakota Receives Funding to Crackdown on Distracted Driving
May 12, 2014 by Editorial Staff 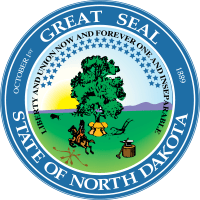 However, a $424,000 fund provided by the National Highway Traffic Safety Administration (NHTSA) as part of a national campaign to enforce distracted driving laws might help North Dakota law enforcement crackdown on texting while driving. North Dakota’s Transportation Department used $40,000 of the grant toward a first-time statewide crackdown on distracted driving in April as part of National Distracted Driving Awareness Month. Police officers in Bismarck, Fargo, Grand Forks, Minot, and Devil’s Lake issued a record 114 texting-while-driving citations during the crackdown. Many of the traffic stops also resulted in citations and arrests for drunk driving, drug possession, and other offenses.

North Dakota hopes to continue April’s successful crackdown by spending half of the total grant amount on advertising to remind the public about the consequences of texting while driving, including a $100 fine. Part of the grant money will also be used to take officers out of uniform and put them into unmarked cruisers in the hope that the disguise will make it easier to catch drivers who text and drive. “When a squad car is in the area, a driver usually will hide the phone,” Devils Lake Police Chief Keith Schroeder told the Associated Press. Perhaps drivers will be less likely to hide their phone if they don’t see a police car around.

In addition to banning all drivers from texting while driving, North Dakota also bans drivers under the age of 18 from all cell phone use while driving.