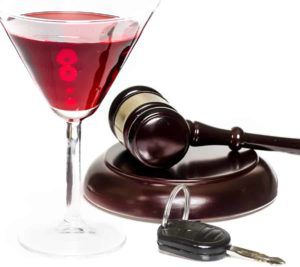 Each year, MADD releases an annual report card for each state in terms of drunk driving prevention efforts. Overall, the average rating of the U.S. falls just under three stars, with five stars being the ultimate goal. Oklahoma was awarded 3.5 stars for its DUI prevention. Not bad, but there’s more work ahead.

Here’ s  how Oklahoma DUI laws are on the right track:

However, one of the key points (and stars) for MADD’s rating system is all-offender ignition interlock policies. Oklahoma currently only requires the devices for high BAC, first-time DUI offenses, and all second or subsequent drunk driving convictions. By requiring the devices for all offenders, the MADD rating will increase, but more importantly, so will road safety.

Oklahoma has been proactive in increasing safety, including the 2016 IDEA act that has streamlined the reporting of DUIs across the state. No longer can a person have several first-offense DUI convictions in Oklahoma because of a lack of communication between jurisdictions. Now, any second or subsequent offense will be counted in full, levying harsher penalties on the offender, including an interlock requirement.

Oklahoma’s IDEA act is just the beginning of the state’s future with reducing the number of drunk drivers, and the MADD rating just allows a glimpse into where lawmakers should focus next. Hopefully, 2017 will be the year the state joins the majority of other U.S. states with interlock expansion, effectively reducing the number of repeat DUI offenders and increasing its MADD rating substantially.

New Mexico’s Road to MADD Approval
Next Post: DUI: Dogs under the Influence?