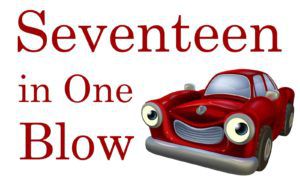 Any instance of drinking and driving is dangerous, but leave it to Florida to take that danger a step further: right into a parking lot. A recent Florida DUI headline proposes that not only is it difficult to drive under the influence, but parking while intoxicated can net roughly 17 additional reasons to just stay home if you will be drinking.

What happens when a Florida DUI driver hits 17 parked cars?

In this case, the man was already driving on a suspended license from a previous Florida DUI. That aside, there are specific guidelines for any drunk driving incident in which property damage occurs, including:

Since the man has at least one prior Florida DUI, he will face much stricter consequences for this recent incident. On top of that, driving on a suspended license, particularly one that was suspended as a result of a DUI and committing another drunk driving… mistake… will just load up those consequences.

Ironically, an ignition interlock device could have prevented all of this. But in many cases, a Florida DUI conviction does not require offenders to install the device. Instead, the law relies on the honor system: that a convicted Florida DUI offender will not continue to drive with their license in a suspended status. In this case, we can all see how that logic just is not adding up.

Realistically, it is challenging to do anything while under the influence of alcohol – whether that is driving, parking or remembering there are legal reasons not to get behind the wheel of your car. 17 vehicles and a lot of trouble later, we can all see how easy it is to make one more intoxicated mistake. Only that mistake could be a lot more damaging than a few dinged-up bumpers.

Florida Implied Consent: Refusing a BAC Test
Next Post: Wake Up! You Are a Drowsy DUI Danger! »