You are here: Home / Laws / South Carolina Celebrates Enactment of Emma’s Law
May 7, 2014 by Editorial Staff 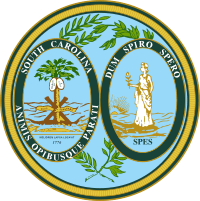 Emma’s Law struggled its way through the legislature during the past two legislative sessions but was eventually passed by both the South Carolina House and Senate in early April. Last week, all those who worked towards the law’s passage, including Mothers Against Drunk Driving (MADD), lawmakers, and David and Karen Longstreet, the parents of the girl the law was named after, celebrated the law’s enactment at the State House. Though she had signed the bill into law several weeks before, Gov. Nikki Haley performed a ceremonial signing at the celebration.

Named after 6-year-old Emma, who was killed by a drunk driver on New Year’s Day 2012, the newly enacted law honors Emma’s memory by requiring first-time drunk driving offenders with a blood alcohol concentration (BAC) of 0.15 or higher to install an ignition interlock device in their vehicles for six months. Before Emma’s Law, only repeat offenders were required to install the device. Now, repeat offenders must keep the device installed for at least two years.

While the law does not require first-time DUI offenders with a BAC of 0.08 to 0.15 to install an interlock, it does allow such first-time offenders to install the device in lieu of a driver’s license suspension.

Though Emma’s Law successfully went from bill to law, it saw a lot of opposition on its journey through the Legislature, particularly from defense lawyers. However, legislators couldn’t ignore the fact that since Emma’s death, over 500 people in South Carolina have died because of drunk drivers. Considering how much the state needs to reduce drunk driving deaths and how successful ignition interlock use has been at reducing drunk driving-related deaths in states with all-offender interlock laws, both the House and the Senate were unanimous in passing the bill last month.