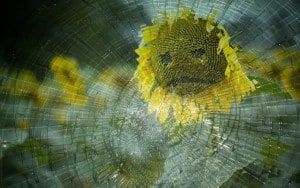 The word on Wisconsin’s streets is that the state may be giving up on ignition interlock devices for drunk drivers, even habitual drunk drivers. Instead, the legislature is considering a 24/7 sobriety program for monitoring the alcohol consumption of those convicted of an OWI. People are saying that on top of the “inconvenience” of blowing into an ignition interlock and the cost, obviously that program is not effectively reducing the number of drunk drivers on the road.

We have some news: ignition interlock devices work when they’re used.

That’s an ignition interlock fact, just like how the devices have prevented 1.77 million drunk driving attempts in the last decade, according to MADD.

So, really this comes down to a lack of administrative monitoring for compliance with the court, in a state that doesn’t criminalize most first-time OWI offenses. In fact, not installing an ignition interlock isn’t even a criminal consequence – so if Wisconsin law doesn’t take interlocks seriously, why would OWI offenders?

You can lead a horse to water but you can’t make it drink. You can also lead an OWI offender to an ignition interlock requirement, but you can’t stop them from drinking and driving if they don’t use the device. A 24/7 sobriety program works to ensure a person isn’t drinking at certain times during the day. It does nothing to prevent a person from driving, intoxicated or not. Only one thing can prevent that, and if we aren’t enforcing the requirement, we’re just asking for more drunk drivers.

The big vote is coming up, and MADD has a petition ready to go and information on how to contact your Wisconsin governor and legislator know where you stand on the issue.

Take Action Today! California’s Ignition Interlock Pilot Progress
Next Post: What If I Forget About My Car Breathalyzer?