What if Utah Lowers DUI Limit? 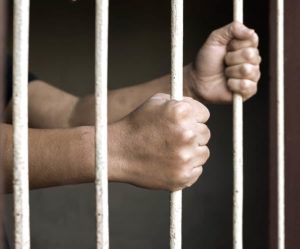 A DUI is defined differently in each state, but all states agree that the legal blood alcohol concentration (BAC) limit is .08 percent. If you are pulled over by law enforcement and test at or above .08 percent, then you can be criminally charged with drunk driving. That limit was set in 2000 by Congress, with all states adopting the limit per se within the years following. In Utah, the DUI limit could see additional changes this year.

Reducing the Utah DUI limit is supported by the NHTSA, but what about the rest of the U.S.?

Some states already have criminal penalties for a DUI with a BAC lower than .08 (MD and CO, for example). If a person is clearly a danger on the road and measures at a lower BAC, they still face criminal consequences like a DUI conviction that can include an ignition interlock device. The difference is that some states may not count low-BAC drunk driving offenses in the total number of DUIs.

That leaves open the possibility of an offender facing less restrictive consequences for two separate incidents, one of which could have been just below the legal limit. It also makes it harder to establish an offender’s pattern of drunk driving, another way to ensure they have an ignition interlock installed, rather than facing a lengthy driver’s license suspension.

NHTSA recommends the .05 BAC legal limit for drunk driving prevention. MADD says more interlocks in vehicles is a better solution to curbing drunk driving, and that lowering the BAC limit won’t prevent as many DUIs as expanding ignition interlock access or enforcing current guidelines. If Utah lowers the DUI limit, it has the chance to do both, and save many more lives in the process, as well as set an example for the rest of the U.S. with successful tactics for preventing drunk driving.

Use This, Not That, to Keep the DUI Away
Next Post: Fewer Nebraska DUI and Road Fatalities in 2016