WWYD: A Few Brews and a Colorado DUI 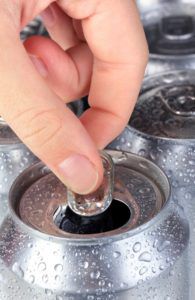 Whether it’s because people are tired of being nagged about drunk driving, or the younger drinkers out there are too hipster to care, sometimes law enforcement has to get creative. Colorado may be one of the more liberal U.S. states, but that all comes to a screeching halt for drunk drivers. That’s where the latest Colorado DUI campaign just stepped up and shotgunned a beer… for the team, of course.

In order to raise awareness to the Colorado DUI problem, law enforcement decided to take matters (and a fake beer) into their own hands… while driving. This campaign was all about showing the dangers of a DUI and testing others to see what they would do if they saw someone drinking while driving. Of course, they weren’t really drinking and driving, because that’s illegal in Colorado and almost every other state in the U.S., except in Mississippi.

Drinking while driving in Colorado is an open container violation, which will likely lead to a DUI investigation. If the driver refuses a breathalyzer at that point, they will have an automatic license suspension and will probably need an ignition interlock in order to drive legally. Then they will have to face their DUI charge in court, with or without a chemical blood alcohol concentration (BAC) sample. Since Colorado can also convict you of a DWAI (driving while ability impaired) if your BAC is between .05 percent and .08 percent, any attempts to drink and drive or refuse the BAC test are just as foolish as drinking while driving.

Having a few beers is nothing to worry about, especially when you have a plan to get home safely after that last sip. The dangers of drinking while driving are clear, and when you’ve got your safety and a Colorado DUI on the line, it makes a lot more sense to keep those containers closed and your hands holding nothing but the steering wheel.

Why are Some California DUI Rates Declining?
Next Post: It’s My First Interlock Fail