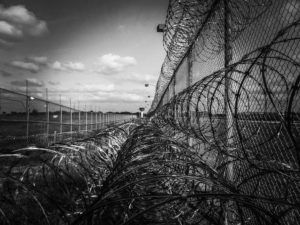 For many of us, one Florida DUI is enough to never repeat that mistake. The lessons are learned, whether through court costs, fines and a Florida ignition interlock requirement; sober driving is the plan forever and ever. Then there are those who don’t understand, no matter how many times they’re told or how many convictions they’re facing, that driving under the influence is dangerous and possibly deadly. Or those who blow off their ignition interlock requirement and face yet another DUI, one that limits their freedom to drive for quite some time.

Would you choose prison over a Florida ignition interlock requirement?

Florida law doesn’t specifically say that a third DUI is punishable through a prison sentence. It is at the judge’s discretion to order prison time or other consequences. Just like some people end up with an interlock after a first-offense DUI in addition to the mandated fines and court costs. You just never know what will happen, so you might as well drive sober.

For most of us, one DUI would be plenty of reason to never drink and drive again. On top of a Florida ignition interlock requirement, we know that if something tragic were to happen, prison would be our next stop. But, that message isn’t always clear, especially when an offender is already well on their way to becoming a habitual offender. In those cases, prison is likely the best solution over an ignition interlock requirement, eliminating 100 percent of the chances of driving under the influence for many years to come.