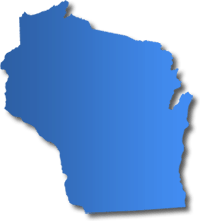 The bill was the only one of nearly a dozen drunk driving-related bills that Wisconsin lawmakers passed this legislative session. Rather than establish a new drunk driving-related law or strengthen a current DUI law, the new law simply clarifies an existing law. However, it seems only to reword the current law.

The bill’s passage received criticism, as many felt lawmakers didn’t do enough to address the state’s drunk driving problem by passing this law in place of nearly a dozen others that could have reduced drunk driving in the state. Considering that Wisconsin is the only state that does not criminalize a first DUI offense and has the highest drunk driving rate in the nation, it’s hard to argue with such criticism.

We applaud lawmakers who drafted the unpassed drunk driving bills that were created to combat drunk driving. However, we hope that the Wisconsin legislature will take a stand against drunk driving in the next legislative session by passing laws that will not just clarify the state’s current drunk driving laws but strengthen them.