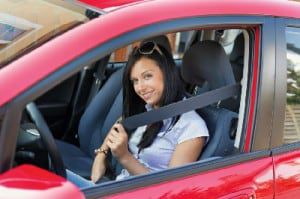 Car crashes are the leading cause of death for teens, according to the Centers for Disease Control and Prevention (CDC). The most common reasons? A combination of inexperience, distracted driving, drunk driving, and lack of seat belt use. In fact, teen drivers and passengers are the least likely age group to wear a seat belt, the most effective way to protect yourself in a crash.

A new report from the Governors’ Highway Safety Association (GHSA) reveals that 51.2% of the teen drivers killed in car crashes in 2012 weren’t wearing seat belts while teen passengers killed in fatal crashes are 20% less likely than teen drivers to be restrained.What’s worse? While overall seat belt use reached an all-time high in 2013, lack of seat belt use among teen drivers has increased by 6% in the past three years, according to GHSA’s report.

The GHSA is using the report to help states, cities, and towns in the U.S. decrease traffic fatalities among teens by increasing seat belt use among teen drivers and passengers. To do so, the GHSA highlights the country’s most successful programs for increasing teen seat belt use and lists the elements that make them so effective:

The GHSA hopes that states, cities, and towns across the nation will use the outlined programs as a model for their own initiatives to increase teen seat belt use rates. You can help increase seat belt use among teen drivers and passengers by talking to your own teens about the importance of wearing a seat belt every time they get into the car. And, of course, remind your teens that impaired driving and distracted driving are not only dangerous but completely unacceptable. While you can’t always be there to make sure your teens buckle up, you can keep them safe by installing an interlock in their cars to prevent them from driving drunk or installing an app on their phones that prevents them from receiving texts while driving.

Previous Post: « Federal Bill to Push All-Offender Interlock Laws in All States
Next Post: Quiz: Are You a Safe Teen Driver? »