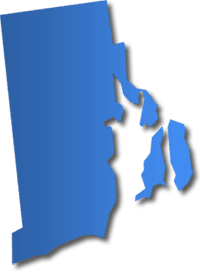 New Rhode Island DUI Legislation is cracking down on underage drunk driving with a batch of bills that will strengthen the state’s current DUI laws and improve highway safety. One of these bills, which were presented to the House Judiciary committee on Tuesday, March 5, aims to close a loophole in the state’s DUI laws.

The proposed bill was created after Alexander Whitehouse, the underage son of Sen. Sheldon Whitehouse, was arrested in 2012 for driving while intoxicated. Despite registering a BAC of .091, Whitehouse was let off with a non-criminal driving while impaired charge because his BAC was under the .10 limit. Now legislators are pointing out that it doesn’t really make sense to treat drivers under the age of 21 less severely than those of legal drinking age, especially when those drivers are already committing the illegal act of underage drinking.

However, when the the legal limit was changed to .08 ten years ago, lawmakers did not intend to exclude drivers under the age of 21, according to Rep. Donald Lally, who spoke to NBC10 News on the issue and stated that the 18-to-21-year-olds just slipped through.

Other DUI-related bills to be presented include:

Aggressive driving continues to be a serious problem on the road and is the cause of more than half of all traffic accidents. In fact, 56 percent of fatal car crashes are at least a partial result of aggressive driving behavior, according to AAA Foundation for Traffic Safety.

Fortunately, February is Aggressive Driving Awareness Month, the perfect time for all drivers to reflect on their driving habits, become more aware of aggressive driving, and spread that awareness throughout their community to decrease the number of traffic accidents resulting from aggressive behaviors and promote a safe, friendly driving environment.

While you might define aggressive driving as “road rage,” the two terms are not interchangeable, though one can certainly be a cause of the other. According to the National Highway Traffic Safety Administration (NHTSA), road rage is a criminal act in which driver uses his or her vehicle to assault another person with willful disregard for safety and the intention of causing harm while aggressive driving occurs “when individuals commit a combination of moving traffic offenses so as to endanger other persons or property.” (Source: http://www.nhtsa.gov/Aggressive)

According to NHTSA, running a red light is considered the most dangerous aggressive driving behavior (Source: http://www.nhtsa.gov/people/injury/enforce/aggressdrivers/aggenforce/define.html).

No matter what other drivers are doing around you, always act courteously to avoid making the situation worse. Not sure what to do when confronted by an aggressive driver? Follow these tips:

If an aggressive driver follows you or continues to put you in harm’s way, do not get out of the car or drive home. Instead, drive to a well-populated area and call the local police for assistance and to report the driver.

Are you an aggressive driver? Follow these tips to keep your cool on the road: 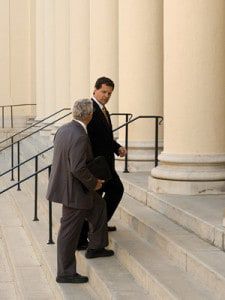 Research shows that Drug Courts effectively decrease crime, save money, ensure compliance, fight meth addiction, and restore families. But they aren’t just effective… Research also reveals that these specializes Courts are more cost-effective and more successful at reducing drug use and crime than jail/prison time or probation and treatment alone. Check out the numbers on how effectively Drug Courts work!

The first Drug Court was formed in Miami-Dade County, Florida in 1989. Now there are over 2,600 are in operation in all 50 states and U.S. territories. Different types of Substance Abuse Courts and other courts have also evolved from the original Drug Court model, including versions for Adults, Families, DWI Court, and, the newest model, Veterans Treatment Court. 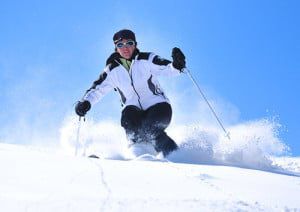 While drinking and skiing/snowboarding won’t get your equipment revoked, it can cost you a fine, jail time, or both, depending in which state you commit the crime:

In a sport where one is moving at fast speeds that require you to be highly alert and aware of your surroundings, impairing your ability to perform with alcohol can be fatal. Just like driving while intoxicated, skiing or snowboarding while intoxicated has the potential to cause physical harm to yourself and others, and, just like drinking and driving, can result in civil or criminal liability.

It makes you wonder…were those beers you had at lunch really worth it?

However, exchanging stories over a cold beer, warming up with a hot toddy or hard apple cider, and socializing over other alcoholic beverages is a big part of the skiing culture, and no one is asking you to give up the tradition. If you decide to drink alcohol while at your favorite ski resort, keep these tips in mind to ensure a fun yet safe experience:

As we enter that popular last stretch of the ski season, we hope that by increasing awareness of these laws and why they’re in effect, people will think twice before consuming alcohol before skiing or snowboarding.